Create an Account - Increase your productivity, customize your experience, and engage in information you care about.

The City Of Douglas began recycling in 2016, but has more recently been forced to discontinue recycling as rising costs associated with recycling began to make recycling cost prohibitive.

Douglas mayor René Kemper said “Unfortunately, the cost of recycling are much different now than previously and we would love to have recycling enthusiast participate in finding solutions that would make recycling in Douglas feasible.  Therefore, we would like to invite folks in the community who are interested in recycling to apply to be on the task force.“

The task force will be comprised of 5 community members and staff members will be assigned to assist the task force.  Due to the financial impact of recycling, the City would also like to encourage those with financial backgrounds to apply as well.

Interested community members are encouraged to fill out the application & questionnaire. Folks may also inquire at City Hall at 358-3462 for information on the application process for the task force. 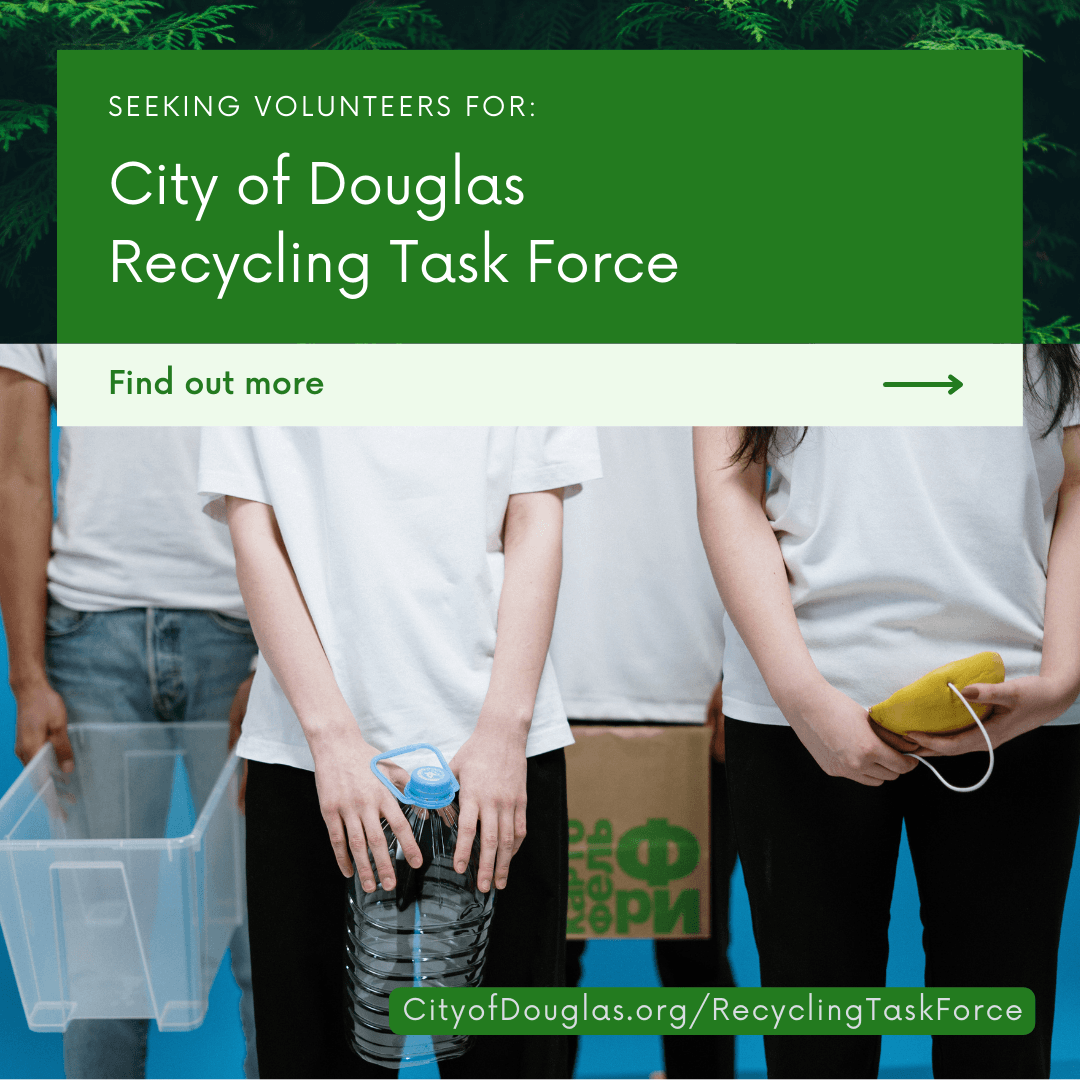