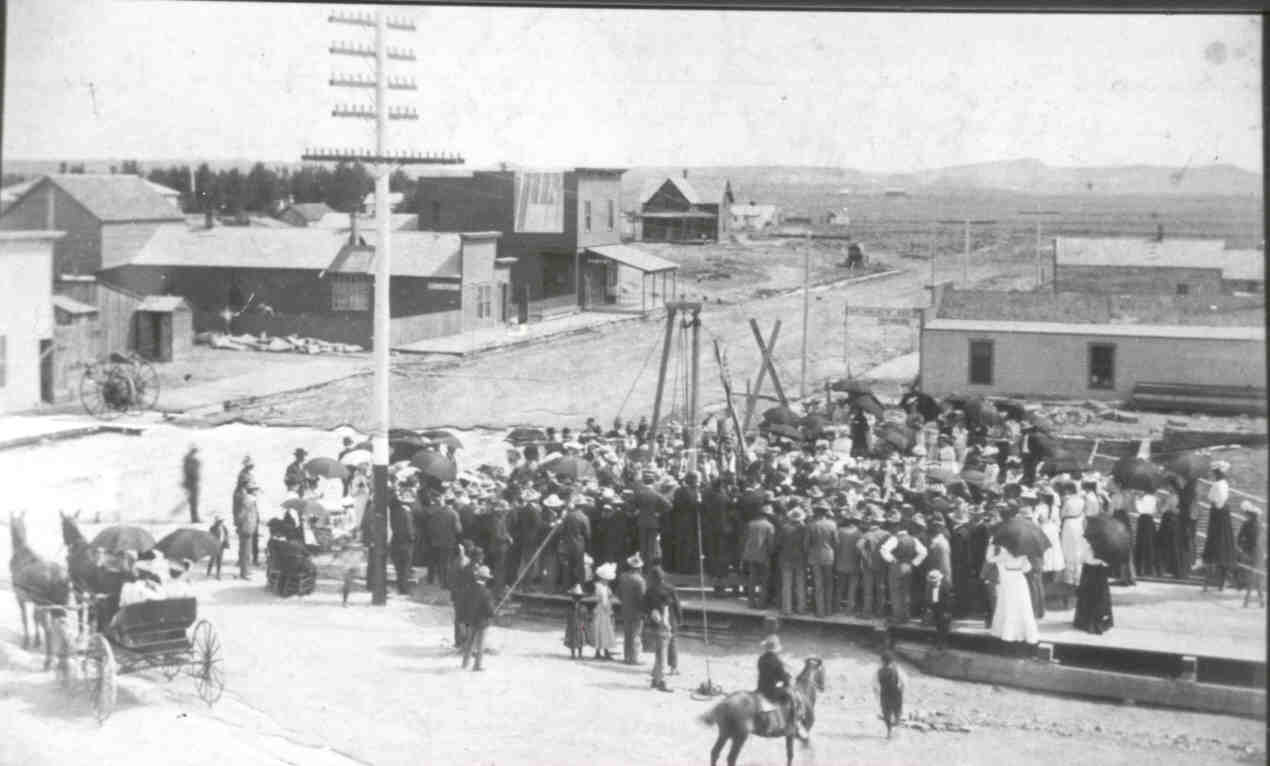 Douglas is located in east-central Wyoming and is the county seat for Converse County. The community is situated on the banks of the north Platte River at the intersection of Interstate Highway 25 and Highway 59. To many it is considered the "Home of the Jackalope" a mythical creature that is part antelope and part jackrabbit.

Incorporated in September of 1887 with a total population of 805, Douglas was born as the result of the extension of the Fremont, Elkhorn and Missouri Valley Railroad through Central Wyoming. It was named after Stephen A Douglas, a noted stateman from Illinois.

Rich in history, Douglas lies along a number of historic trails, including the Oregon and Bozeman Trails. The Old Overland Trail lies within sight of the town and one of the frontier posts, Fort Fetterman, was situtated only eight miles away. The early history of the region is filled with Native American heritage and culture, cattleman versus homesteader conflicts, and political struggles.

Douglas served as headquarters and shipping point for the cattle and sheep industry which had developed on the vast prairie and mountain pastures. The town dwindled as the railroad construction moved further west and Douglas stayed mostly unchanged for the next 70 years. Vast uranium deposits were opened and developed just north of town; coal mines started and a huge power plant was built in neighboring Glenrock. An increased search for oil and natural gas throughout the country in the 1970s turned the area into one of the richest in the state. Although growth has leveled off to a more manageable pace, a momentum continues by which local residents maintain a standard of living envied by much of the nation.

One of the Best Small Towns in America

Douglas is in Norman Crampton's book, "The 100 Best Small Towns in America", because it is, first of all, small; with a 2000 census population of 5288. Douglas is in the book because of its location, viable economic base, population diversity, high education level, good schools, readily available health care and low crime rate. But, at least in the minds of those 5288 souls who call Douglas, Wyoming home, Douglas is in the book because of the commitment of its citizens to be a part of the community, to understand that the whole is greater then the sum of its parts; that working together they can create more than any of them can as individuals. It's a community where initiative and hard work are the keys to success, and where people still have the roll-up your sleeves spirit that sends a message that in Douglas, Wyoming, we are very definitely open for business.